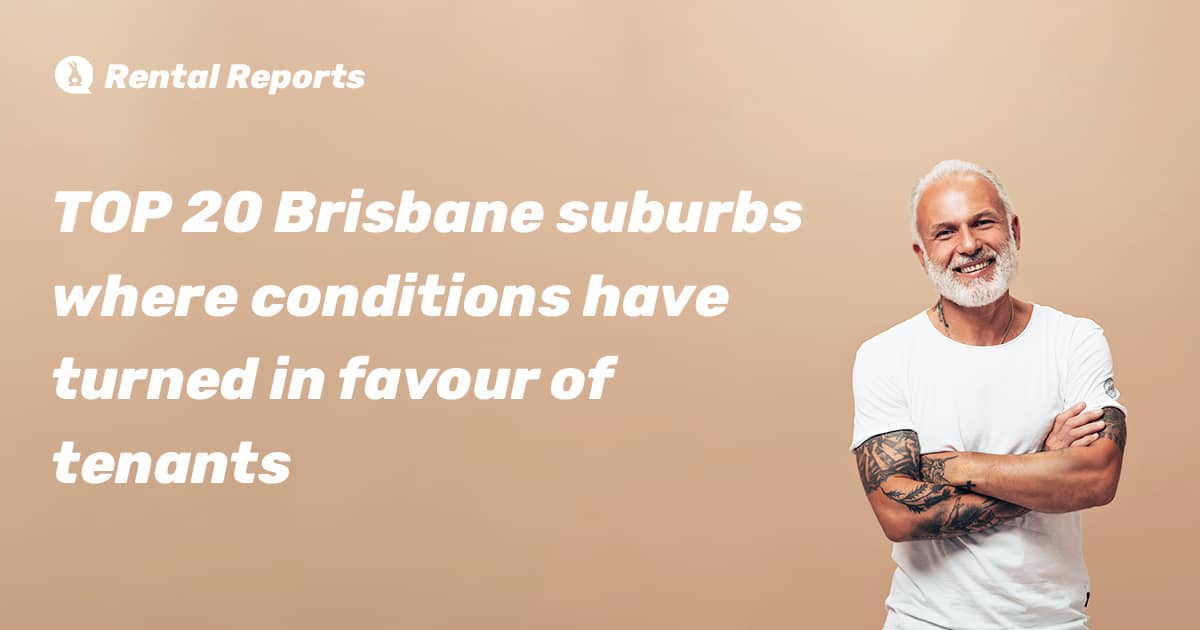 New research commissioned by RentRabbit.com.au has found the top 20 Brisbane rental markets where conditions have most turned in favour of renters over the past 12 months.

The quarterly RentRabbit.com.au Better Renting Report identifies Brisbane’s top 20 suburbs that are both suitable for renters and where conditions have turned in favour of renters over the past 12 months.

To make sure suburbs were tenant-friendly, they needed to be large enough (at least 1,000 properties) and close enough to the Brisbane CBD (within 200km).

To make sure conditions in those suburbs had turned in favour of renters, their vacancy rate needed to have increased by at least 1 percentage point over the past 12 months.

RentRabbit.com.au co-founder Ben Pretty said the research highlights how tough life can be as a tenant in Brisbane.

“The RentRabbit.com.au Better Renting Report shows that Brisbane renters are able to find some tenant-friendly suburbs where vacancy rates have increased over the past year, suggesting those markets have been turning in favour of tenants. That said, in all but one of those suburbs, rents also increased during that period,” he said.

“This is all about supply and demand. There’s a shortage of decent rental accommodation at the moment, which means tenants are having to fight hard to find somewhere to live.

1.     The house market of Dayboro (The Hills District)

3.     The house market of Everton Hills (The Hills District)

5.     The house market of Eatons Hill (The Hills District)

6.     The house market of Ferny Hills (The Hills District)

10.  The house market of Nudgee (Nundah)

11. The house market of Virginia (Nundah)

18.  The unit market of Marcoola (Maroochy)

New research commissioned by RentRabbit.com.au has found Hobart’s standout suburbs for tenants who want to live in good locations but have only average incomes. The quarterly RentRabbit.com.au Tenant Opportunity Report identifies the top 10 suburbs in Hobart where tenants can find affordable rents in decent suburbs that are within commuting distance of the CBD. To…

Our rental system’s broken. It’s nobody’s fault, but everybody’s problem. And being a private landlord—well, it’s especially a problem for you. You’ve steered clear of property managers—at least for the ongoing management—but between difficult tenants, rental turnover, sudden repairs and the odd revenge review—you could have picked up an easier hobby. But it’s about to…

Congratulations, you’ve just left a review on Rent Rabbit. So, now the question is, how does the payment system work on Rent Rabbit and what do you need to do to get paid – well don’t worry, we’re about to explain the process.  Completing Rent Rabbit’s 3-Step Verification Process  The critical first step to getting…

New research commissioned by RentRabbit.com.au has found the top 10 rental markets in Victoria that are desperate for more stock. The quarterly RentRabbit.com.au Rental Crisis Report identifies the top 10 suburbs in Victoria where tenants desperately need more rental accommodation to come onto the market, because the suburbs: Have incredibly low vacancy rates Have low…